Walk across the River Thames from London Bridge or Cannon Street to the Bankside and Southbank passing through the Borough Market and explore the historical museum, sites,  Shakespeare’s Globe, market etc such as:

Southwark Cathedral; is London’s oldest Gothic church. It has existed for over 1400 years. It has influences with William Shakespeare, US-university benefactor John Harvard and a Mohegan Indian chief. Southwark Cathedral is where the first English poet was buried, and you can learn about a 17th-century doctor and his pills at the cathedral. 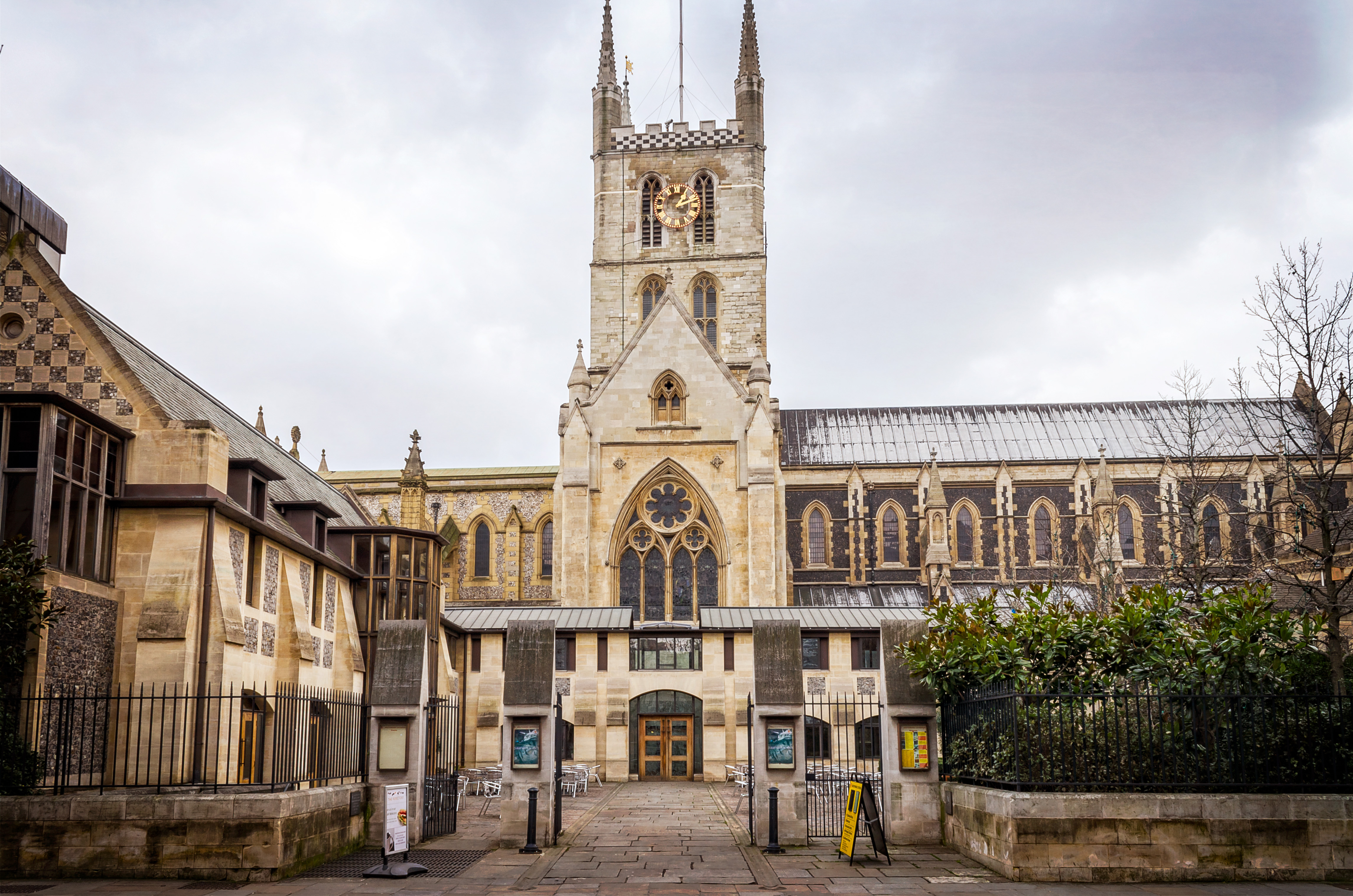 Shakespeare’s Globes; is a reconstruction of the open-air playhouse designed in 1599, where Shakespeare worked and composed most of his greatest plays.  Now it houses new indoor Jacobean theatre, The Sam Wanamaker Playhouse, The Globe’s theatre, and exhibitions for the world of Shakespeare from Elizabethan times to the present. Borough market; is voted as the best place to visit by Londoners as Britain’s finest gourmet food market, positioned in a distinctive position under a network of the railway bridge, it offers specialities directly from the producers, organic products, delicatessen, cheese, wines, fish and imported continental fare.

The Millennium Bridge; this is the new Thames crossing since Tower Bridge. It is a dynamic cooperation between engineering, art and architecture. It is a shallow suspension structure, designed to allow pedestrians unhindered views up and down the river. During the daytime, it is a thin ribbon of steel, but by night when illuminated it forms a blade of light.

Linked your journey to Southbank Centre, after exploring and have a taste of local foods and trace your path to the London Eye.

Southbank Centre is a complex of artistic venues in London, England, on the South Bank of the River Thames (between Hungerford Bridge and Waterloo Bridge).

Many historical bridges named London Bridge have spanned the River Thames between the City of London and Southwark, in central London. The current crossing, which opened to traffic in 1974, is a box girder bridge built from concrete and steel. This replaced a 19th-century stone-arched bridge, which in turn superseded a 600-year-old medieval structure. This was preceded by a succession of timber bridges, the first built by the Roman founders of London. 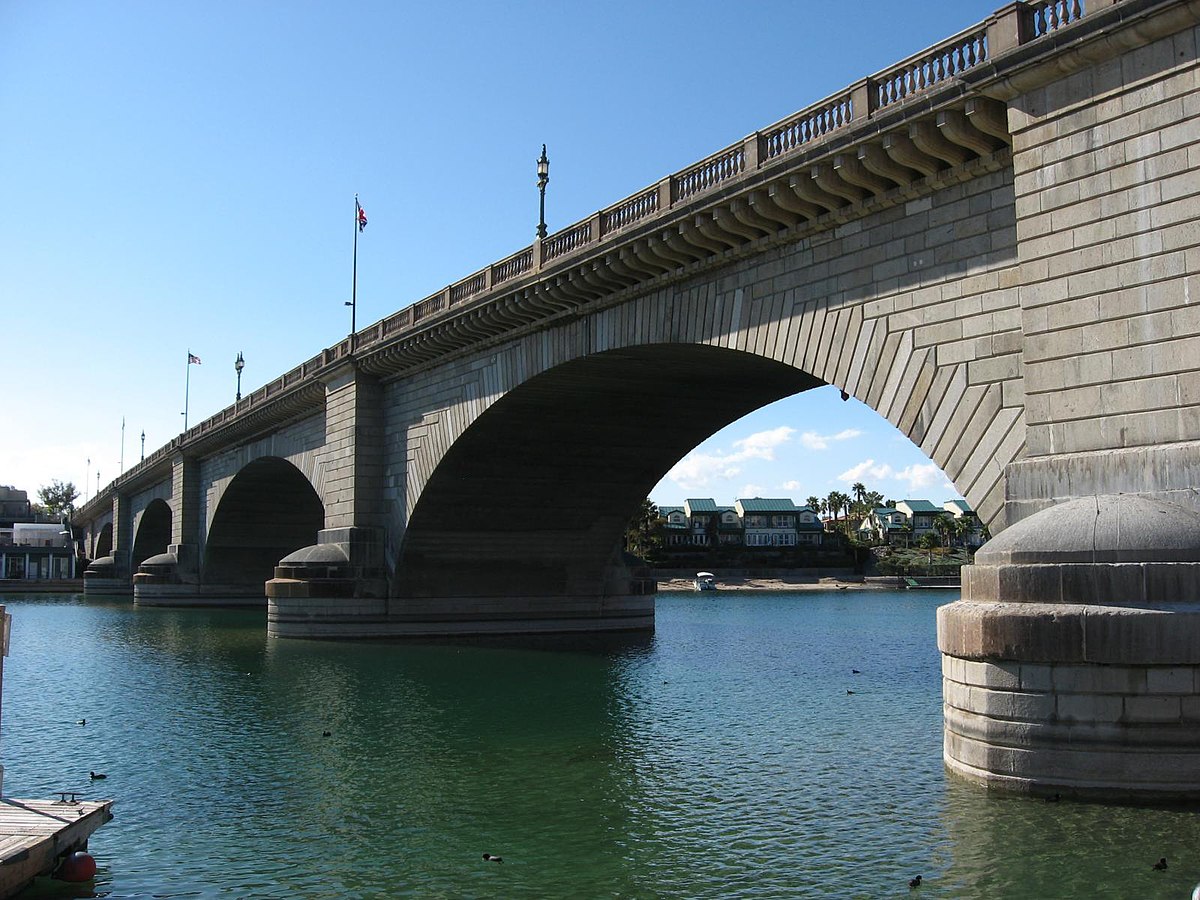 Opening to the public on 10 June 2000, the Millennium Bridge was the first new pedestrian bridge crossing over the Thames for more than a century. It soon became famous as the ‘wobbly bridge’, a problem quickly put right by the developers. A dramatic addition to the river, it connects Tate Modern with St Paul’s Cathedral, creating an important link between the Southbank cultural scene and the historic City of London. Built by the Victorians over 100 years ago, Tower Bridge is one of the world’s most famous bridges and London’s most recognised landmark.

Southwark Bridge – painted yellow and green – was originally built between 1814-1819 by John Rennie the Elder and was purchased by the City of London in 1868. The original cast iron structure was rebuilt in steel between 1912 and 1921 to a design by Mott & Hay as engineers and Sir Ernest George as an architect. It was reopened by King George V in 1921. This was the City of London’s second bridge, opened in 1769 to designs by Robert Mylne. It was replaced in 1869 by the present iron and steel structure designed by Joseph Cubitt and H Carr and widened between 1907 and 1910. 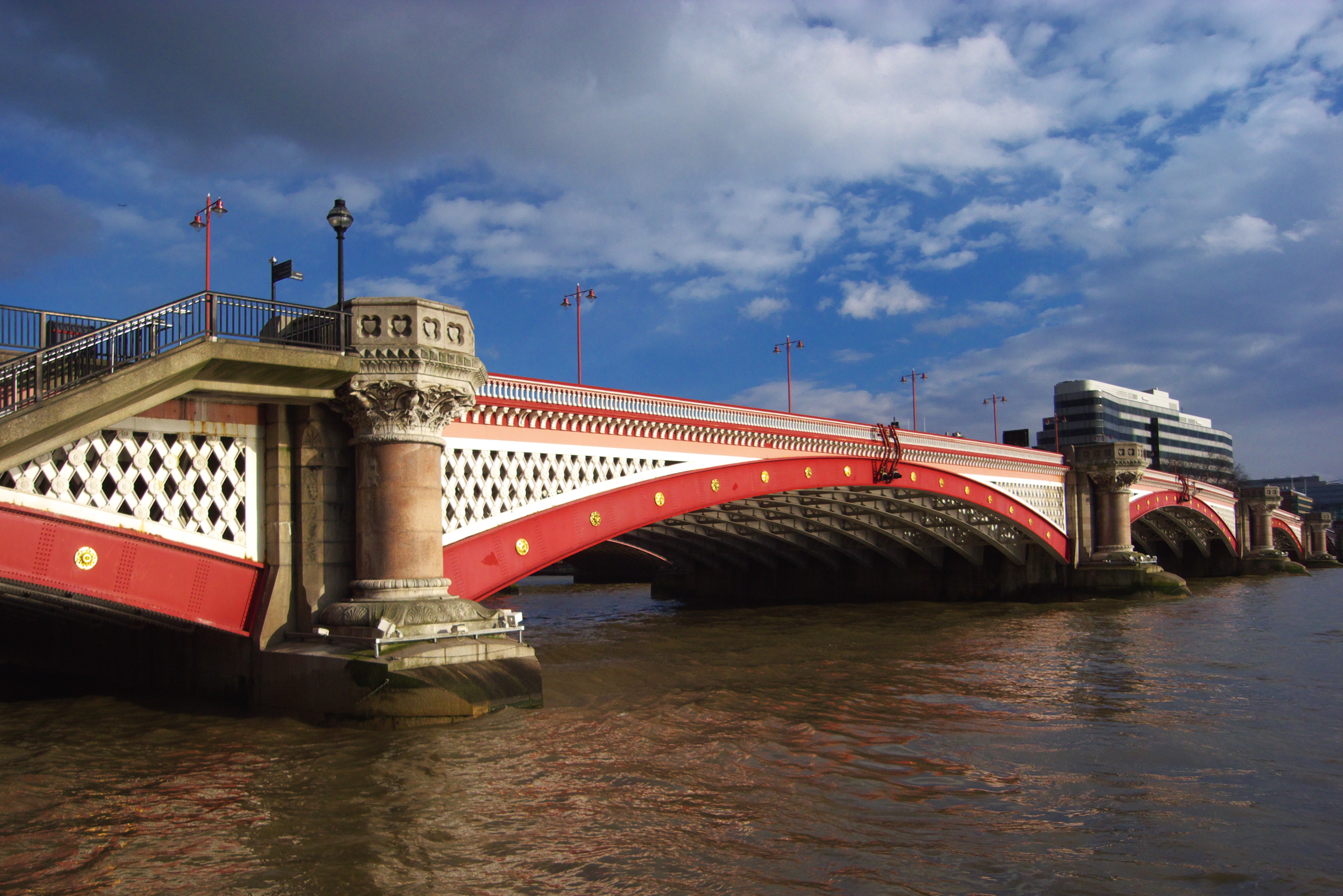 It crosses the River Thames in London and lies between Waterloo Bridge and Westminster Bridge. It is a steel truss railway bridge – sometimes known as the Charing Cross Bridge flanked by two more recent, cable-stayed, pedestrian bridges that share the railway bridge’s foundation piers, and which are named the Golden Jubilee Bridges, 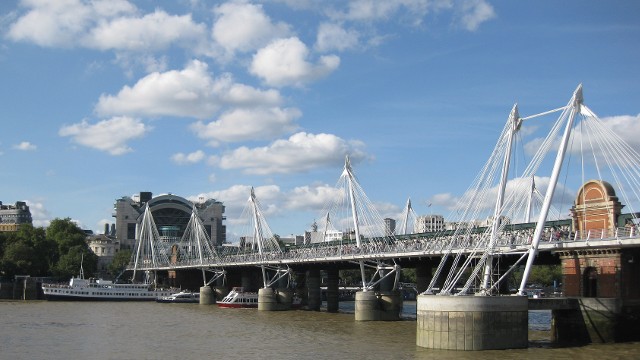 There has been a walkway crossing the River Thames at this point since 1845 when Isambard Kingdom Brunel opened his suspension footbridge. The footbridge connected the South Bank, now the Queen’s Walk, with the 180-year-old Hungerford Market which closed in 1860 to make way for Charing Cross Railway Station. Using the original brick pile buttresses of Brunel’s footbridge the original Hungerford Railway Bridge combine pedestrian and rail use, which the new 2002 Queens Jubilee footbridges continue to do.